We’re pioneering the road to rural connectivity – here’s how 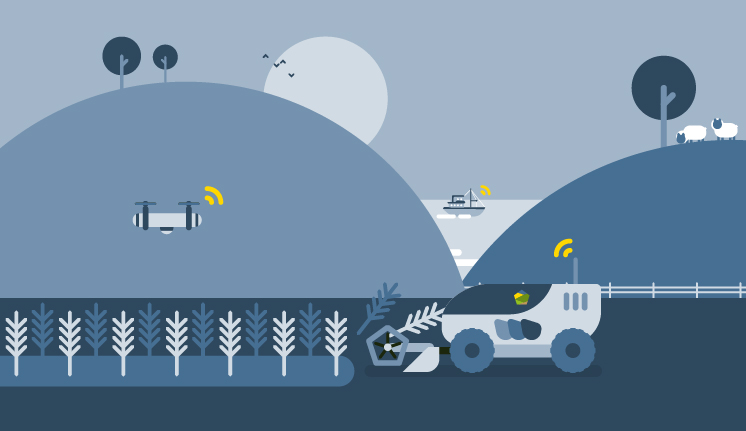 So what does this actually mean? Throughout the project we have been talking about the value rural connectivity can bring to local citizens, communities, businesses and the UK at large. Connectivity has already had a dramatic effect on the UK’s towns and cities so why can’t it in rural parts too?

We’re bringing 5G connectivity to three rural testbeds in the Orkney Islands, Shropshire and Somerset. And now we can announce that we’re using revolutionary technology to do it.

It’s a pretty historic moment from a technological standpoint. It marks a significant breakthrough in the scalable rollout of 5G, since we’re using the world’s first deployment of a CUPS based packet core to support mobile edge computing in these rural locations.

And it’s all made possible by the Cisco core.

And why is this such a pivotal moment for the 5G RuralFirst project?

Well, you’ve come to the right place. In this blog post we will be helping you get to grips with what the Cisco Core Network is, introduce this world-first piece of tech, known as CUPS, and explain why it’s making such a difference to the rollout of 5G in rural communities.

Inside the Cisco core

Cisco’s core network is made up of two parts. There’s an Ultra Packet Core which supports connectivity of mobile devices and connected things, alongside an IP Core which connects the packet core components to the radio components up and down the country via a collection of very smart, highly programmable routers and switches.

What we’ll be talking about here is the Ultra Packet Core. Within this lies a control plane which makes decisions on where internet traffic is sent, and a user plane which carries the user traffic.

Cisco’s Core network enables mobile edge computing, (also known as multi-access edge computing -MEC for short) which allows data to be processed closer to the user rather than being sent to a far-off data centre for processing. MEC is enabled by deploying a Control Plane and User Plane Separation (CUPS) architecture, which, as the name states, separates out the user planes from the control plane. And what does all of this mean? Well, it can greatly reduce the latency on the network, so that the core network can maintain a single point of control (via the control plane) whilst effectively supporting numerous slices of the network (user planes) that can be deployed in multiple locations. In offices, in municipalities, in shopping centres, in cloud data centres, on the roadside, or at the edge of a field!

Let’s see this in practice on one of the 5G RuralFirst testbeds: Shropshire.

As project lead, Cisco is delivering a 5G cloud core upon which the project’s use cases will run. This has been installed in DataVita’s Tier III datacentre near Glasgow.

All our trials, located across the UK, send traffic to the datacentre in Glasgow. With such long distances (in UK terms), this increases latency, and for some of our 5G use cases, latency is the enemy. We have mocked up designs to find the right compromise between latency, cost and deployment complexity. This way, our vertical industry specialists can experiment with the “art of the possible” whilst not straying too far away from the “likely to be deployable” at scale.

From this, we’ve deployed mobile edge computing in a rural industrial IoT scenario, the first of its kind worldwide! This involves moving the user plane to our partner, Harper Adams University Farm in Shropshire. Building this in such a way that a service provider could envisage managing and scaling is important to the project. Whilst some farms and use cases may evolve to use their own private 5G networks, we want to see how service providers can do this at country wide scale.

On the Shropshire site we have a use case where there are 3 interacting entities: an autonomous tractor with a crop sprayer, a drone, and a cloud computing application. Each entity has to communicate with each other very quickly. The drone and autonomous tractor sends high definition images of the crops and weeds in the field, to a local cloud application which then uses AI technology to process the data. This AI technology identifies what type of crops and weeds the field contains and then communicates with the autonomous tractor indicating exactly when and where to move, and when to turn on and off its spraying nozzles.

In order for this use case to work, low latency is paramount. This means that the time it takes for the tractor and drone to send data to the cloud artificial intelligence and then send back to the tractor, has got to be between 10 and 20 milliseconds. Which is hard to do on today’s mobile networks. Any longer, and the tractor could be spraying weed killer on the crops rather than the weeds!

We take out 10’s of valuable milliseconds by automating the deployment of a user plane locally which means that rather than having data packets leave Shropshire and travel all the way to Glasgow where the datacentre lies, the data stays local, reducing the latency, and ultimately increasing the speed and accuracy at which the drone and tractor can cover the field.

As each specific use case evolves, we learn more about the compromises we can make. Can the latest 5G radios decrease the latencies still further? Can we improve the economics by moving the edge computing to a regional cloud? Does the cost of compute reduce enough to put the AI on board the crop-sprayer? Now it’s automated, and manpower is removed, will it be one big machine or many smaller autonomous machines? All great questions that the project is contemplating in a unique confluence of expertise from very different industry sectors.

Why is this important?

Cisco’s recently announced Mobile Visual Networking Index forecasts that 28% of all mobile data traffic in the UK will be running on 5G networks by 2022. The deployment of rural mobile edge computing is an early step towards delivering on this forecast.

In rural areas and agriculture, as with urban areas and industry, the Internet of Things will become a way of life. This could mean crop farmers looking to check fertiliser levels, or dairy farmers keeping track of the dietary intake of their cattle. 5G will become a major connector of agricultural IoT, and mobile edge computing capabilities will certainly play a part.

Plus, delivering high-speed connectivity using 5G as well as technologies such as LiFi and LoRaWAN will provide new opportunities for rural communities and industries, from the delivery of broadcast content over IP to the use of augmented reality (AR) in local tourism.

Hopefully, we’ll see this new technology opening up opportunities in rural areas for years to come.

By creating the Cisco core, we’ve developed infrastructure that not only fits the unique characteristics of a remote environment but is actually built around it. That’s why we’re so excited about bringing live traffic to our 5G RuralFirst testbeds.

With our world-first CUPS and MEC technology, it looks like we’re well on the way to unlocking the untapped potential of rural areas.