Exploring our Shropshire use cases

The past few weeks have been incredibly busy with preparation works at our project site in Shropshire.

We identified pretty early on that we could not use the educational internet service called JANET for our fibre backhaul. This virtualised BT network has high levels of security, and numerous firewalls, making it rather tricky for prototype devices to join the network. Especially in a situation where demonstrating low latency is key, we decided to avoid potential pitfalls and opted for a service that offered full control over the back-haul.

Out of numerous suppliers, Abica came out on top and were selected to deliver our dedicated 1Gbps ser-vice in Somerset as well as Shropshire. You are forgiven if you cannot quite remember the use cases in Shropshire. After all, there is quite a lot happening across 5G RuralFirst. To jog your memory, the use cas-es we are planning to demonstrate in Shropshire are Soil Essentials, Hands Free Hectare and VoltServer.

Detecting weeds in grasslands, identifying them using machine learning and spot spraying is a challenge and Soil Essentials’ aim is to do this in real-time. Currently the model retraining is done offline and the new trained model gets uploaded manually to the cameras. This limits the speed of adoption and flexibility in the field.

Hands Free Hectare are keen to understand whether it is possible to control autonomous systems via 5G and take complex computing away from machines. The Hands Free Hectare field is located a stone’s throw away from the Agri-EPICentre and Harper Adams’ campus. 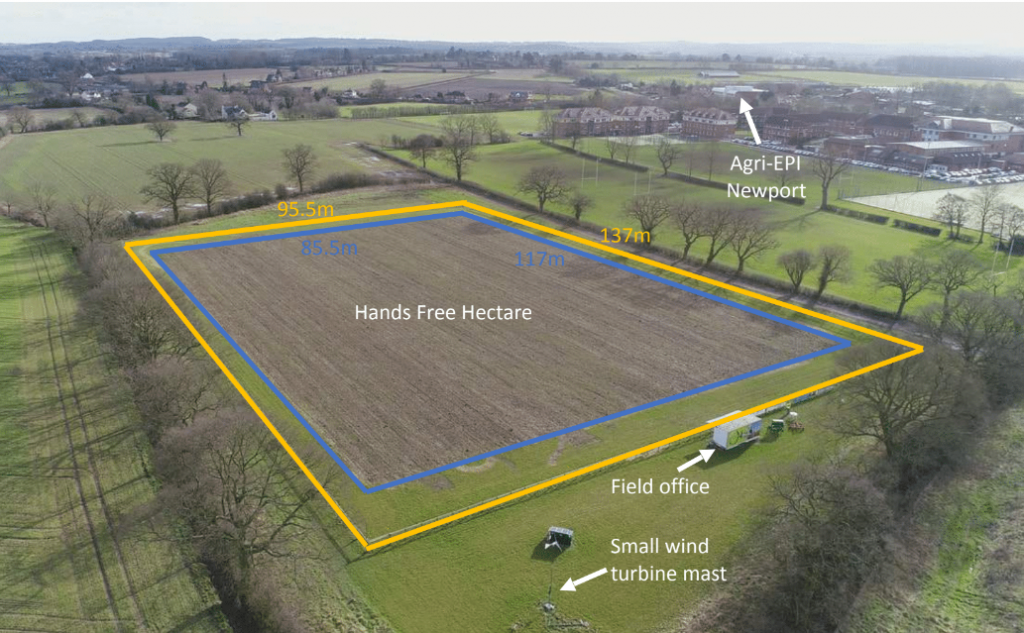 As you can see pictured above, the Field Office, also known as the Mission Control Van is the brain oper-ating the drone and tractor autonomously in the field. The Mission Control Van is currently powered using a small wind turbine mast. Hands Free Hectare currently uses a combination of radio’s (such as 433 MHz, 2.6GHz and 5.6GHz) to enable the tractor and drone to operate autonomously. After meeting with Jonathan Gill and Kit Franklin, we understood that that they were keen to demonstrate remote control of their system further afield.

Each packet has two components; the first component contains energy and the second contains information used to track the transfer of the energy from the transmitter to the receiver. Thanks to the safety mechanism, VoltServer can be classified as a telecommunications/data circuit and be deployed without the need for separation or segregation that conventional power circuits must adhere to.

Taz from Voltserver adds: “VoltServer provides critical power as a service when it is usually an after-thought. Providing power to remote locations quicker using data technicians. We remove the complexity of traditional power solutions, a design can be produced in a matter of hours whereas conventional systems would take weeks”. 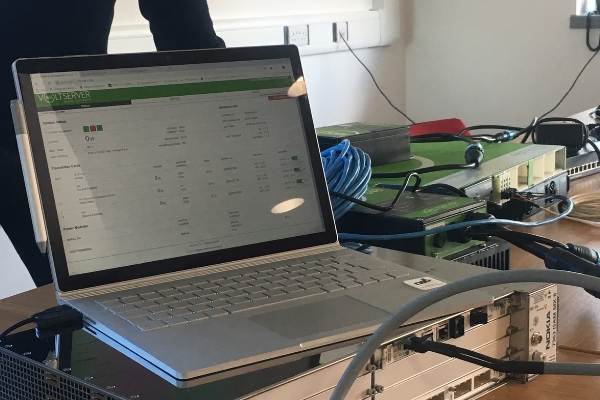 The safety characteristics of VoltServer allow it to be installed using the same practises as Telephone or Data cabling even when transferring significant amounts of power. Only a very small amount of energy is contained in each packet. It is much lower than what could harm a person or animal, or cause a fire.

We agreed to deliver the 1Gbps fibre to the Bamford Library which is located approximately 400 metres from the Hands Free Hectare field (as pictured on the right). 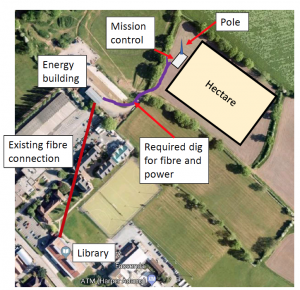 Below, you can see the trench lined with four ducts, to support extension of “traditional power”, fibre, VoltServer’s digital power with one spare duct for future use. The extension of traditional power means Hands Free Hectare will no longer need to rely on the generator on site. This will support electrical items such as heating, while VoltServer will power the 5G infrastructure such as radio’s and Cisco switches. 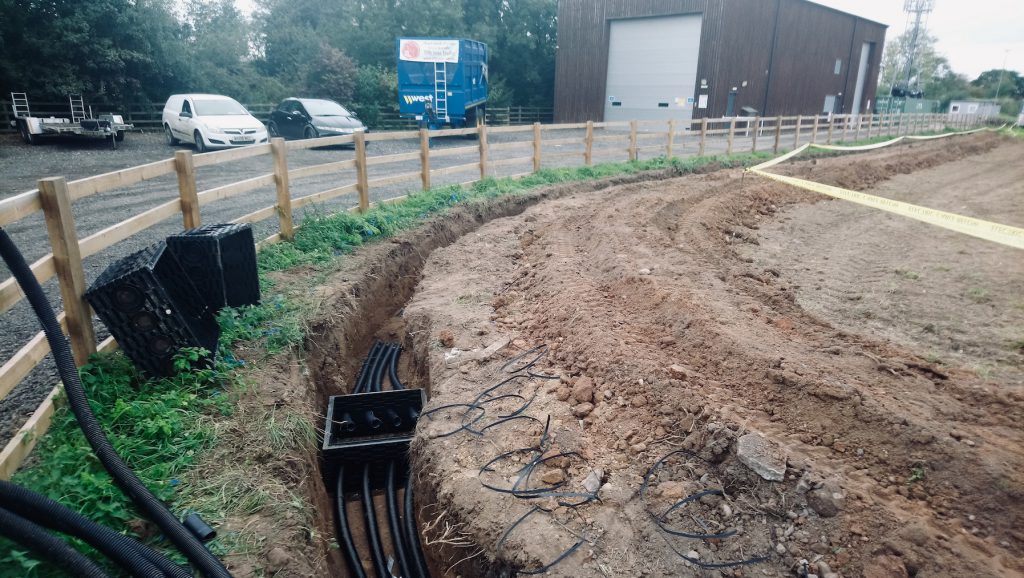 Trench works completed last week, and engineers have been booked between the 5th and 7th of November to commission fibre. VoltServer are planning to visit Shropshire in the coming days to configure their system and deploy Digital Power, making our pilot site ready for the next critical step; 5G radio installation.